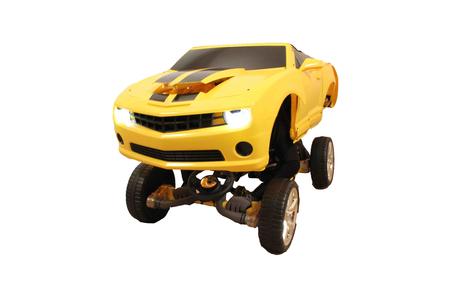 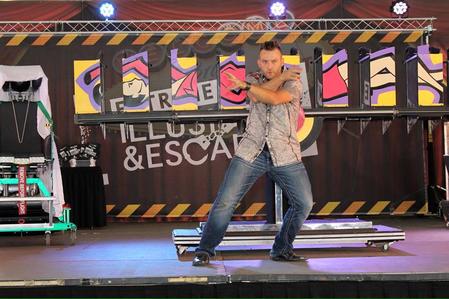 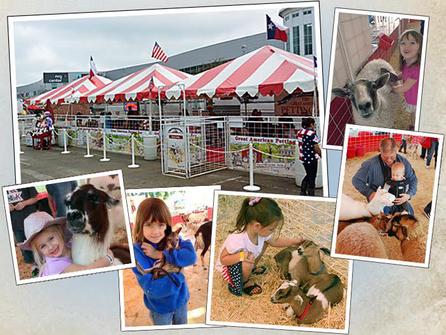 Experience a show that leaves audiences breathless and bewildered.

Incredible memories are made as audience members star in the show by taking part in some of the large illusions and escapes.

Witness the impossible as Josh & Lea perform some of the most unique illusions on tour today.

Prepare to be amazed by some unbelievable and death-defying escapes.

Laugh out loud, hilarious moments with audience participation throughout the entire show.Be inspired to see the magic that is all around you in your everyday life.​​

​Greetings! My name is Jesse Moore a.k.a. “Monkeyman Moore.” I’m twenty-three years old and I am an entertainer with my five capuchin monkeys. We do organ grinding, commercials, movies, pictures for ads, birthday parties, educational shows (education through entertainment), circus acts, corporate events, fairs, festivals and carnivals. I have worked with capuchin monkeys for over seven years. My monkeys are my life companions. What I do is my passion and I love to educate people about the monkeys. I enjoy working with people of all ages and putting a big smile on their faces! It’s a very rewarding thing. Let my monkey family and I bring smiles and laughter to your event! 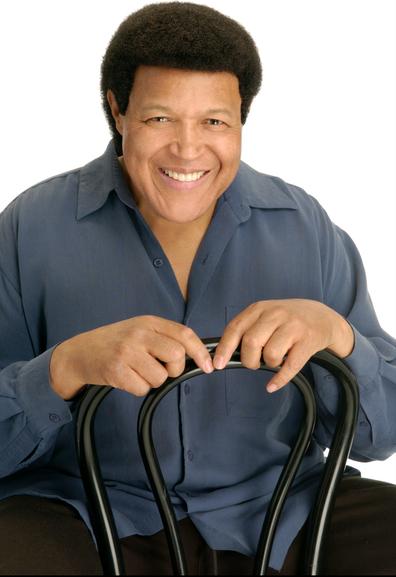 All Veterans or active servicemen/women admitted ​free with valid ID 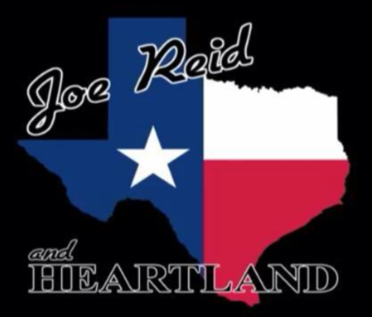 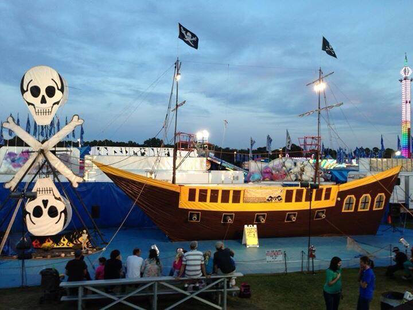 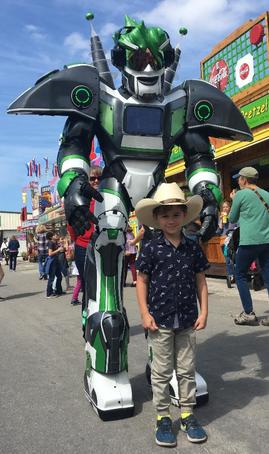 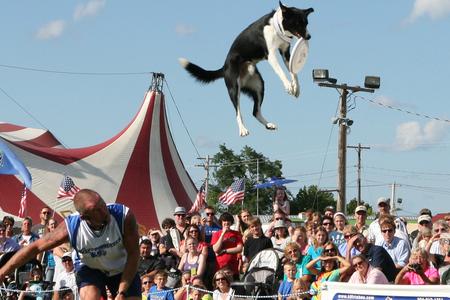 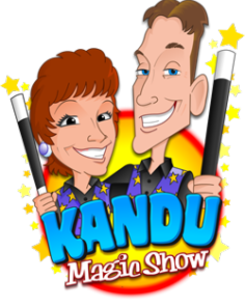 The Antique Tractor Parade is a Volusia County Fair tradition that runs through out the midway, with vintage tractors that  span to the early 1900's.  Come and see the Antique Tractor Display, Old Gas Station and History Galore inside the Old Plantation, along with the Old Country Store with popcorn, hard candy and more memory invoking pleasures of your youth and going into the Old Country Store for that experience 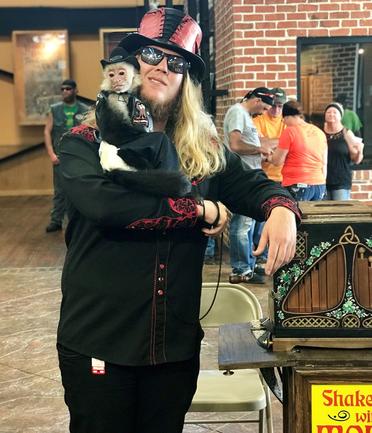 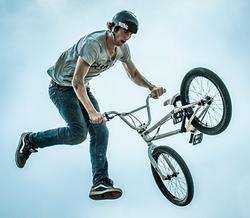 The Kandu Magic Show has traveled nationwide entertaining family audiences performing at conventions, fairs, festivals, with symphony orchestras, and even at a zoo!  Kandu and Jill The Music Lady incorporating live music, sound effects, sight gags, slapstick comedy and audience participation.  Just to give fairgoers that extra entertainment, Kandu has brought along his Wild & Wacky Game Show.  This fun packed show pick all contestants from the audience and involved games with hula hoops, balloons, balls,  buckets, butterfly nets and even plungers! 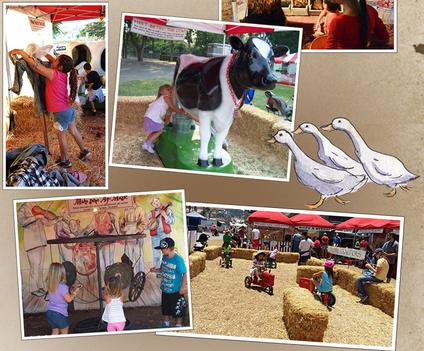 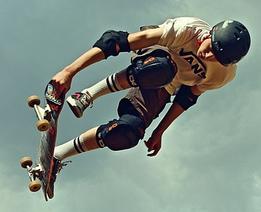 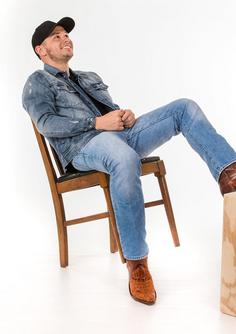 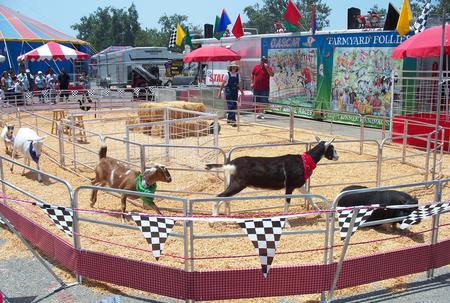 From the mountains of Sparta, North Carolina to the stages of Nashville, Tennessee, singer-songwriter Reed Foley is making a name for himself in the world of country music.  His southern accent and raw vocals demonstrate solid authenticity from the first note.  Starting with neighborhood performances at the young age of 16, his talents have taken him from small-town bars to some of NASCAR’s biggest stages.  In March 2017, Reed released his first single, Who’s Turning You On, and that same day opened for Tyler Farr and Jason Aldean at Runaway Country Music Festival.  Following the release of his single, he was soon after invited to open for William Michael Morgan.  When not performing, the artist can be found on 16th Avenue writing with some of the industry’s best.

While National Anthem plays as a tribute to our Armed Forces on Veteran's Day the Spruce Creek Gaggle Group executes a fly over with smoke in their Experimental aircraft. 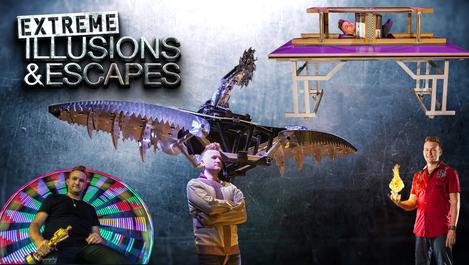 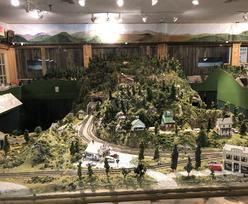 Max Power is a larger than life robot. He is also sporting around the fairgounds in a sweet monster truck 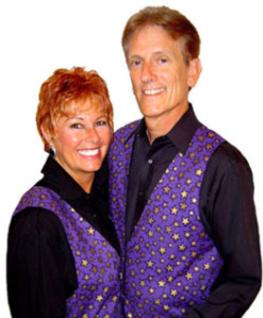 Momentum Productions is on the cutting edge of Live Action Sports and Family Entertainment with freestyle BMX and Skateboarding all in one show! Watch in amazement as top industry athletes perform mind-blowing, X-Game style stunts. Cheer on your favorite riders as they defy all odds with every performance. After the show, stick around to take photos and get autographs from your favorite athletes. 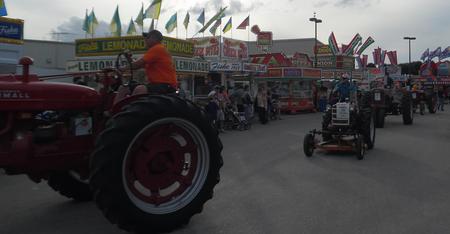 Trainer Lawrence Frederick started out playing in human Frisbee competitions until he discovered the disc dog world in 1991. Now, not only are Lawrence and his team of incredible dogs the most widely recognized Frisbee Dog Team in the world 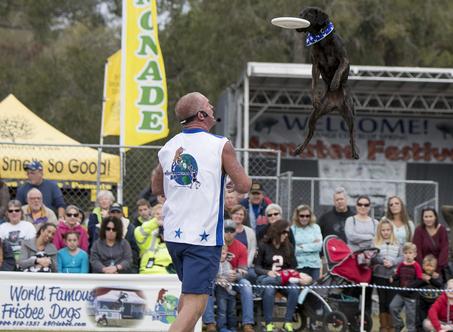 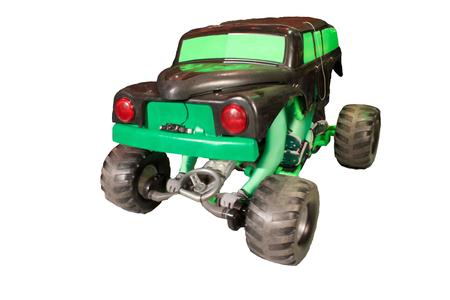 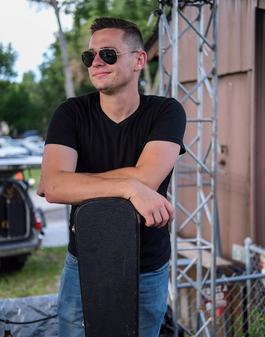 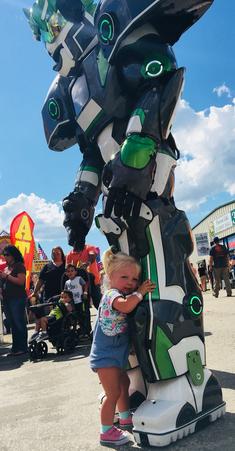 Ours is a very different kind of petting zoo.  There are absolutely no barriers once inside the enclosure.  All of the animals run freely with the public, and everyone loves it!  Each and every one of our friendly animals is hand-raised at our farm Inter-species animal racing like you've never seen before! Goats, sheep, chickens, pigs and other surprise animals wear racing silks as they hoof and waddle their way around and sometimes over the track! This attraction is a media darling! From TV media spots to regular write up in local newspapers.

AgVenture is an interactive and educational area for children of all ages.

Pirates of the Colombian Caribbean

Pirates of the Colombian Caribbean incorporates the Sensational Murcia’s world-famous High Wire act and the legendary Wheel of Death act all in a unique and copyrighted Pirate thrill show production! This show features nonstop action from start to finish, and we guarantee this will be the most high paced and exciting show your fair has ever seen!
Watch nonstop Pirate action, adventure, and thrills right before your eyes as performers sword fight, rope slide, and perform other stunts on the High Wire 20 feet in the air on top of a giant 60' Pirate Ship!
As if this swashbuckling action wasn't enough, watch as performers jump and slide their way onto the huge Skull and Crossbones Wheel of Death. The only of its kind in the world, watch as the pirates fight and perform stunts while walking, running, and balancing on the giant 35' rotating wheel of death.
The whole performance is presented in authentic pirate costumes, complete with a beautiful giant 60' pirate ship backdrop and set, exciting suspenseful music, fantastic use of 100% L.E.D. lighting and smoke effects for an experience that you will never forget. It is nonstop action from beginning to end featuring mermaids, fights over the treasure map, and more story and production guaranteed to thrill all ages. 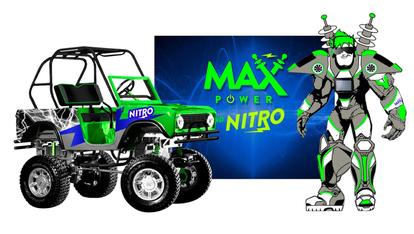 Petting Zoo and Ag Ventureland - from Open to Close 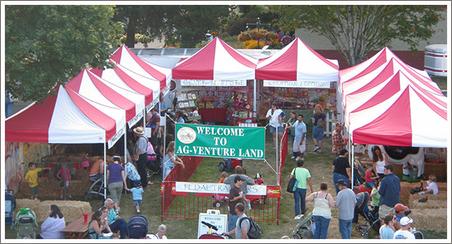 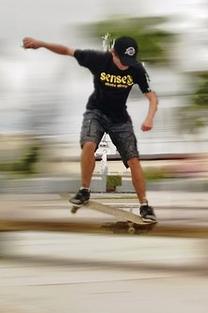 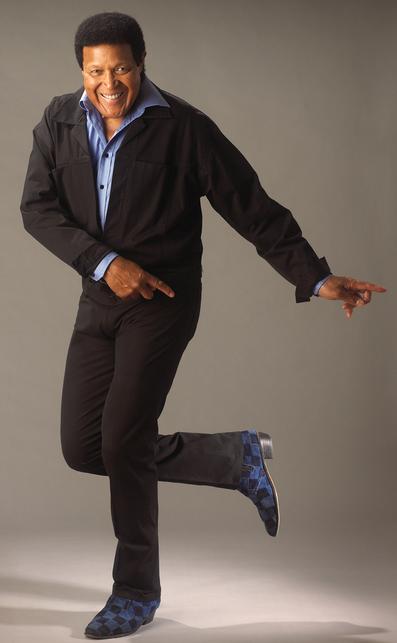 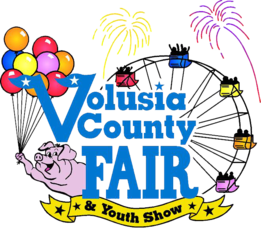 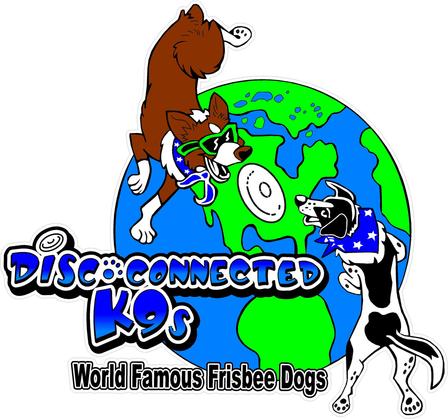 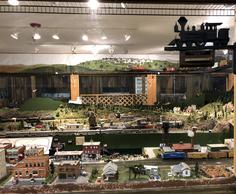 Chubby Checker, whose real name is Ernest Evans, grew up in South Philadelphia where he lived with his parents and his two brothers.  After his mom brought Chubby to see Sugar Child Robinson, a child piano prodigy and the famous country singer Ernest Tubb, young Ernest Evans (Chubby) vowed to enter show business and took his first step toward that goal by forming a street corner harmony group when he was only 11  years old.

By the time Chubby entered high school, he had learned to play the piano a little at Settlement Music School and he could do several vocal impressions.  While working at Fresh Farm Poultry, Ernest’s boss at the produce market, Tony A., gave Ernest the nickname of “Chubby.”    Henry Colt, the owner of Fresh Farm Poultry, was so impressed that began showing off his employee to his customers through a loudspeaker.  Henry and his friend Kal-Mann arrange for young Chubby to do a private recording for Dick Clark.  Chubby sang, “Jingle Bells” for Dick Clark and the song was sent out as a Christmas greeting to all his friends and associates in the music business.  Cameo-Parkway liked it so much that they wrote a song called “The Class” and it became Chubby’s first hit in early 1959.

"The Twist" was not only the #1 song, but it introduced the concept of "dancing apart to the beat".  Over the next few years, endless songs incorporating "The Twist" into its name sprang up such as "Peppermint Twist", "Twist and Shout" and "Twistin' the Night Away".  In addition, each new song brought a new dance involving "dancing apart to the beat" such as "The Jerk", "The Hully Gully", "The Boogaloo" and "The Shake".  At the forefront was Chubby with "The Fly", "The Pony" and "The Hucklebuck".

The next few years were prolific for Chubby as hit followed hit.  In 1961, Chubby recorded "Pony Time" written by Don Covay and John Berry. It went to #1 and stayed on the charts for 16 weeks.  In between recording and touring, Chubby took time to add feature films to his portfolio with the releases of "Don't Knock the Twist" and "Twist Around the Clock".

In the fall of 1961, record industry history was made when Checker's original hit record, "The Twist", re-entered the charts and by January of 1962, it was back in the #1 position. No other record before or since has accomplished that feat. Combining its 1960 run with its 1961/62 return, "The Twist" spent an amazing nine-month total on the U. S. best seller charts.

The Rock and Roll Hall of Fame in Cleveland, Ohio rewarded Chubby in July of 2008 with a special award presentation. An honored Chubby thrilled a fervent crowd by performing his hits, new and old, to the delight of everyone. A lengthy photo and autograph session followed, which highlighted Chubby's favorite part, getting to interact with people.

As Chubby's touring continued, 2009 took Chubby abroad including special shows in Germany (2010) as well as his annual appearances at Disneyworld.  2009 also marked the release of an updated version of The Fly.  A younger generation now shook their hands as the dance reappeared in clubs.

What keeps this artist going? According to Chubby, "It's the fans. The energy I get from singing and dancing with all these people over the years is unlike anything else I experience. I never want it to end."